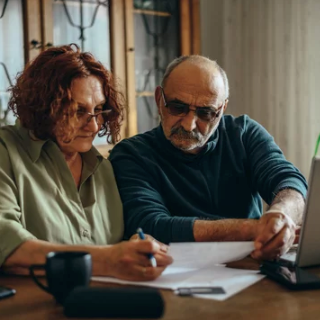 If you’re a federal employee leaving the government, you may have heard that early withdrawals from accounts like the Thrift Savings Plan (TSP) might result in penalties.

Penalties, especially levied by the IRS, should be avoided when possible. Let’s go through an overview of the early withdrawal penalty.

So, let’s start. You’ve worked hard to save money in a tax-deferred account like a Thrift Savings Plan (TSP) all your career. You plan to use that money in retirement, but the IRS has set rules for when you can withdraw it. Remember, the IRS granted you a tax break when you earned that money. You know you’ll have to pay them eventually, right? When you earned money, they handed you the pass, but there were some strings attached as you can only access it at 59.5 years or later.

There are certain exceptions, and we’ll discuss them for the TSP. But first, let’s explain the IRS rule. A person who withdraws money from a tax-deferred account before age 59.5 will be charged a 10% IRS early withdrawal penalty. This penalty is in addition to any standard tax you owe.

There are some special rules for the TSP. Federal employees who retire or leave federal service in the calendar year they turn 55 can take TSP funds without penalty.

First, note that the TSP doesn’t differentiate between retiring and separating. Either you work, or you don’t. Some things are allowed if you’re employed, and others if you’re separated or retired (of all the actions that TSP can do for you).

This exception, the TSP’s special rule, only applies to funds straight from the TSP. You can’t move money from the TSP to a private IRA and then obtain a dividend from it. You’ll be penalized if you do so. Special provisions employees, like police enforcement officers, firefighters, and air traffic controllers, have a special age of 50, not 55. You can retire considerably earlier than the usual government employee. Therefore they’ve made an exception for you if you fit into one of those categories. Everything else is the same.

Employees with regular retirements are exempt from any penalty. Regular retirement is when employees have reached their minimum retirement age (MRA) and have the required years to go. They include those who aren’t special provisions employees, law enforcement officers, firefighters, or air traffic controllers.

A penalty may be imposed on an employee who retires early. That’s where a job vanishesâ€”someone retiring under deferred retirement regulations, unable to collect their pension immediately. Then there’s the special provision workforce. So even though they have special rules, they may still be penalized. We’ll explain how later.

There’ll be different rules if you do or don’t fulfill these special rules, and you trigger the penalty. So, let’s look at a few scenarios.

If you’re under the age of 59.5 and don’t meet the special rules, you’ll be penalized regardless of whether you take your money immediately from the TSP or roll it to an IRA and subsequently take it. You can roll the entire account into a private-sector IRA or keep it all in TSP. Any money taken before age 59.5 will be subject to a penalty.

If you’re under 59.5 and meet the special rules, you’ll enjoy penalty-free access to your TSP money until you turn 59.5. Don’t forget that when the funds touch an IRA, they lose the special rule allowed by the IRS.

Moving TSP Money to an IRA

Don’t worry. There’s a way to move some money to an IRA without penalty. Assuming you have money in the TSP, you know that moving the entire account to an IRA will result in a penalty on any withdrawals made before 59.5 years of age. The key is leaving enough money behind to cover the time between separation and 59.5. You can put the rest in an IRA and let it grow and do its thing. Just don’t touch it till you reach 59.5.

You can get the best of both worlds if you do as mentioned above. You can avoid paying the penalty on the money you take from the TSP. And with the private IRAs, you get all the flexibility and control. The trick is to wait until you’re 59.5 or older to get the money.

Other Options For Avoiding The Penalty

There are alternative ways to avoid the penalty inside the TSP. For example, if you’re a disability retiree, it has to be a total and permanent handicap; you won’t also be penalized if you withdraw your TSP in particular ways, like taking a TSP annuity which is not recommended for many reasons.

Another alternative is if your deductible medical expenses surpass 10% of your adjusted gross income or if you prefer to have your money paid in substantially equal installments. It can be straight from the TSP or from an IRA. Getting those payments out, not in a monthly form that you choose, but allowing the entire account to be calculated as if it was paying you out throughout your lifetime, would be enough to avoid the penalty. The downside is that you could face a total penalty if you change your mind.

Assume you depart the federal service at 55 as a regular employee. In this case, if you decide to make these substantially equal payments and have the TSP calculate your monthly payments but not annuitize them, and then at age 58, you decide to change your mind because you’re not getting enough income from your TSP, they will assess the penalty as if you hadn’t done anything properly from age 55 to 58.

Bio:
Bill and his associates of Faith Financial Advisors have over 30 years’ experience in the financial services industry.
He has been a Federal Employee (FERS) independent advocate and an affiliate of PSRE, Public Sector Retirement Educators, a Federal Contractor and Registered Vendor to the Federal Government, also an affiliate of TSP Withdrawal Consultants.
Bill will help you understand the FERS Benefits and TSP withdrawal options in detail while also helping to guide you in your Social Security choices.
Our primary goal is to guide you into your ment with no regrets; safe, predictable, stable and for life using forward thinking ideas and concepts.

Bullet points:
> Financial Services consultant since 1984
> FERS independent advocate and an affiliate of Public Sector Retirement Educators (PSRE), a Federal Contractor and Registered Vendors to the
Federal Government
> Affiliate of TSP Withdrawal Consultants
> His goal is to guide individuals into retirement with safe, and predictable choices for stability using forward thinking ideas and concepts.