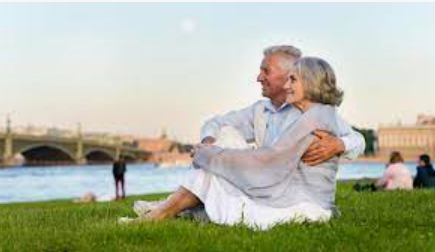 You may always start saving for retirement. People in the US work hard throughout their careers to retire. Planning requires cognitive abilities and a focus on saving money.

According to a Gallup study, the average retirement age in the US has risen from 60 to 66. With a 78.7-year life expectancy, Americans will have at least 12 years to enjoy retirement.

The average annual income and net worth of the 47.8 million Americans aged 65 and older are $38,515 and $170,516, respectively. That’s a lot of money to save for retirement. Here are some more startling facts concerning the situation of retirement in the United States.

Young people believe they can retire early, which does not happen.

Most respondents aged 18 to 29 who took part in a Gallup poll believed that they would be able to retire early, around the age of 60. However, their optimism may fade as they approach 30 because of the difficulties of making a living and earning income.

Retiring may take longer than anticipated.

The average lifespan in the US is 78.7 years, but many people survive into their 80s or 90s, making it challenging to predict retirement worth. According to the Social Security Administration, a healthy 65-year-old has a good probability of living to 86 or 84. Over 65s should save for a 20-year retirement.

More and more people in the United States are preparing for a longer retirement.

Many Americans are taking money out of their retirement accounts early.

Americans Aren’t All Set for Retirement.

77% of American employees are considering retirement via company plans and other alternatives. People begin saving for retirement on average when they turn 27 years old. Only 33% of Americans have anything set aside for their retirement days.

Americans are falling short of their financial goals.

As many as 77% of Americans are planning for their retirement, but most don’t have quite enough personal savings to maintain their standard of living in retirement. As per a 2017 GAO analysis, the typical retirement funds for Americans aged 55 to 64 were a little over $107,000. Although it may sound like a lot of money, the GAO points out that if it were placed in inflation-protected annuities, it would only provide $310 minimum repayments.

Social Security isn’t a sure thing.

Social Security is only guaranteed to be financed until 2035, when it may be three-quarters financed, citing Business Insider. Those already receiving benefits may see a drop, while freshly retired folks may not receive any. This is partly linked to aging. The number of Americans 65 and older will climb from 56 million to 78 million by 2035. More people will withdraw money from the pool, while fewer will contribute.

Your Retirement Could Be Squeezed Out of You Before You Know It.

It’s helpful to have a retirement plan in place. But occasionally, life has several other intentions. According to a TD Ameritrade survey, health issues and career changes are the two most popular causes for retiring. 50% of persons retired early due to unemployment, parenting duties, a sudden change in their economic standing, and health concerns.

A Larger Amount of Money Is Necessary to Retire comfortably.

Experts recommend that you save between $500,000 and $1 million to maintain your current standard of living in retirement – a considerable sum of money, the accumulation of which may take many years.

Residential Care for the Elderly Is Expensive.

The Time Is Now.

More and more consultants are labeling themselves “complete,” and this trend is expected to continue. The issue is that many individuals we talk to do not incorporate conversations about risk assessment into their line of work. Even if they are joking, it doesn’t change that they aren’t seriously trying to come up with recommendations or answers.

According to our assessment, these professionals are missing out on a fantastic opportunity. The environment of investment planning has changed, and customers now want a more exceptional customer experience, which is why so many advisors are now similarly advertising themselves.

Currently, experts that offer a comprehensive service have most of the financial advantage. Learning about and putting into practice different risk management measures, such as annuities, could be a straightforward first step.

Bio:
Bill and his associates of Faith Financial Advisors have over 30 years’ experience in the financial services industry.
He has been a Federal Employee (FERS) independent advocate and an affiliate of PSRE, Public Sector Retirement Educators, a Federal Contractor and Registered Vendor to the Federal Government, also an affiliate of TSP Withdrawal Consultants.
Bill will help you understand the FERS Benefits and TSP withdrawal options in detail while also helping to guide you in your Social Security choices.
Our primary goal is to guide you into your ment with no regrets; safe, predictable, stable and for life using forward thinking ideas and concepts.

Bullet points:
> Financial Services consultant since 1984
> FERS independent advocate and an affiliate of Public Sector Retirement Educators (PSRE), a Federal Contractor and Registered Vendors to the
Federal Government
> Affiliate of TSP Withdrawal Consultants
> His goal is to guide individuals into retirement with safe, and predictable choices for stability using forward thinking ideas and concepts.