Retirement Planning Can be More Frustrating Than a Rubik’s Cube, by Bill Hoff 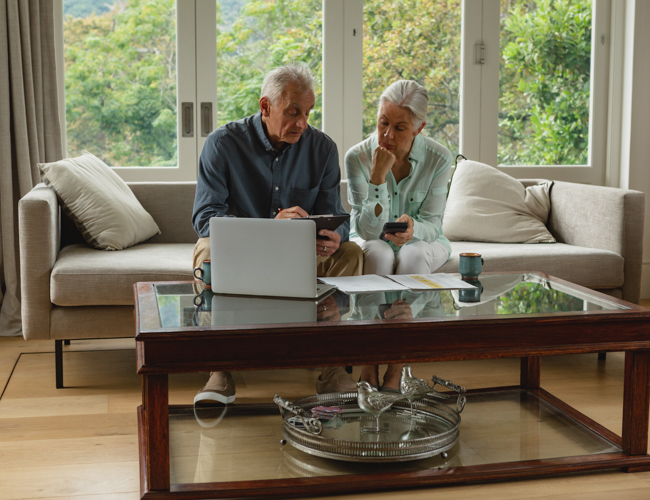 The complexity of the Rubik’s cube makes it more difficult and highly motivating. It took Erno Rubik about a month to solve the cube puzzle, and it took thirty-six years for some mathematicians to figure out how to solve the same puzzle in twenty moves. Basically, there are 43,252,003,274,489,856,000 ways to arrange the squares.

Unfortunately, retirement planning has become a Rubik’s cube for most Americans. Several factors, ranging from stock market volatility to health issues, long-term care, and housing costs, impact most Americans’ ability to save, creating an unsolvable puzzle.

During the outbreak of the COVID-19 pandemic, America suffered economic damage, aside from health issues. Many lost their jobs and were placed on the unemployment insurance scheme. While the food banks were facing unprecedented demands, there was also an eviction crisis threatening society. The possibility of retirement has been worsened, all thanks to cashed-out savings and lost jobs.

Amidst these issues, the retirement security of working Americans was already weak before the pandemic peaked.

A recent report by the National Institution on Retirement Security entails the struggles of Americans regarding retirement. The report showed that it was not easy for a worker to manage all the risks independently. The burden of higher risks is seen in the move from defined pensions with a beneficiary to defined contribution plans like 401(k)s.

Only one-third of working Americans participated in the defined benefit plan, even in the corporate pension plan’s prime period. However, the burden of saving and investing was taken off the shoulders of those who participated in a pension.

Two issues were mentioned in the report—the first being low-interest rates. Low-interest rates are good for borrowers but never good for savers. In the 1980s, retirement savers could expect double digits of their returns for ten years from a Treasury bond; but today, the interest drastically reduced to 1%. This forces retirees to either invest in riskier assets or lose their income during the drawdown stage.

Long-term care costs further complicate the burden of retirement. The majority of older Americans will need long-term care in their later years. One in seven will spend more than $250,000, while about half will never pay for the services rendered.

Today, the single largest payer as regards long-term care costs in the United States is Medicaid. Many families still struggle with Medicaid coverage because it’s a time-consuming and complicated process.

Long-term care shouldn’t be burdensome and complicated. And this is exactly what Washington State is currently pursuing. As of 2022, Washington workers will be paying $0.58 for every $100 earned via a payroll deduction. After meeting the requirements target, the worker is entitled to a benefit worth $100/day for a year with a totality of $36,500 in today’s dollars. This starts in 2025.

The benefit cap rises with inflation, and it can be used on anything ranging from long-term care such as nursing home stays and home modifications. This will likely reduce Medicaid as more people choose home-based stays.

Other challenging parts of the puzzle are healthcare and housing costs, which are rising continuously. Seniors typically have higher healthcare costs as they age due to developing health conditions. The rise in costs is more of a challenge for retirees living on a fixed income.

Then again, more and more Americans are retiring with mortgages. About 46% of older Americans had mortgage debt in 2016, according to a report by the Harvard Joint Center for Housing Studies. This compared to 24% thirty years ago. Fewer near-retirement Americans between the ages of 50-64 years old tend to own a home than those age 65 and older.

Despite the experts’ suggestions on how to solve the retirement puzzle, retirement is getting harder by the day. Many risks rose as a result of the COVID-19 pandemic outbreak. Many older Americans were unable to meet up with their yearly target for retirement. In this aspect, the policymakers need to take a step toward building forward-looking solutions, which will enable Americans to be self-sufficient while they age. If these measures are not considered, older Americans will be forced to turn to government programs and their families to meet up their most basic needs. That will be a costly, burdensome, and unsustainable approach to follow.

« Four Little-Known Strategies To Generate Investment Income During Retirement, by Bill HoffCan You Retire on an Average Monthly Earnings of $1,374?, by Bill Hoff »